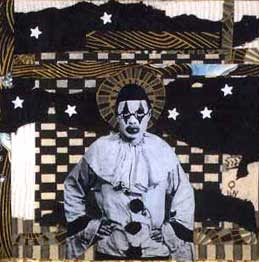 It's a great treat to be published in a Stampington Magazine. Two pieces were published in Somerset Studio's Jan/Feb 2009 black and white challenge section. This clown came from a very old Japanese photo (below). I love his round WWII era glasses. The photo came from an old album that John brought back from Sydney on his last trip to Australia. 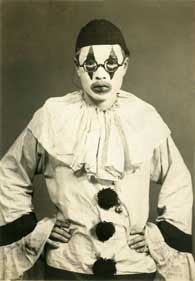 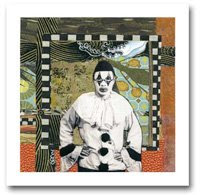 I made this color collage of the clown before the black and white one. 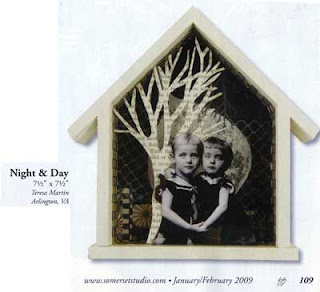 The house collage uses one of favorite images from an old CDV. (original is below) 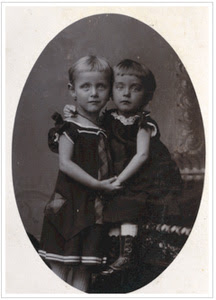 These two girls must have been sisters. Their eyes are wonderful. You may remember their eyes from my old blog banner:

The sisters were also used in the mixed media piece "Cocoon" that was exhibited at Glenview Mansion show. Their gaze is so direct. It would have been a treat to know them.

Posted by theresa martin at Monday, December 15, 2008 11 comments: Links to this post 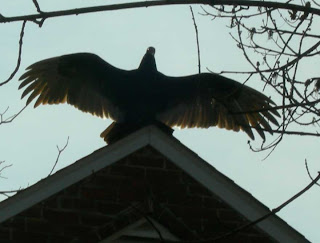 On Friday I had a strong premonition that I should put my camera in my pocket when I left to run some errands. I listened without a second thought (yes, listened to that voice in my head) and I was glad I did. 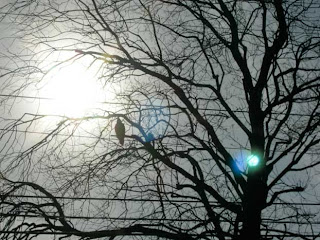 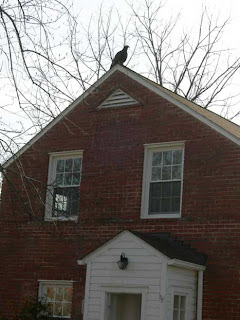 As I was driving I saw a huge bird that I took to be a hawk land in a tree. I pulled over to get a better look. A woman stopped on the sidewalk to look as well. She said "it's a vulture - she's been in the neighborhood eating road kill for a few days". It hopped from the tree to a nearby roof. I took these photos as the bird posed beautifully. It looks like an ornament on the peak of the roof, doesn't it? 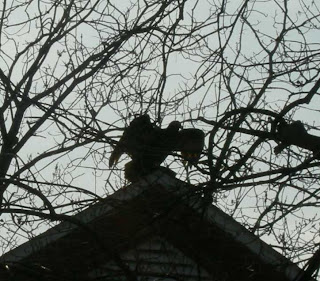 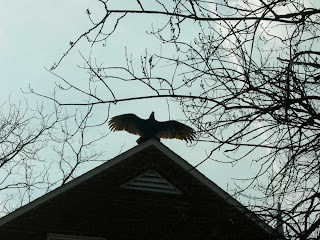 I knew that turkey vultures lived in forested areas near here but I've never seen one in the suburbs before. We have foxes in the neighborhood, opossum, and some say coyotes too. Deer have been spotted trotting down the nearby bike trail. So why not turkey vultures to eat the carrion?

Who knows what caused me to feel I had a premonition or why I followed it so blindly. Seeing a vulture land in a tree and hop a couple roofs was pretty cool. Having my camera with me was cooler.

Wikipedia says "Creativity has been associated with right or forehead brain activity or even specifically with lateral thinking." I think that by having my camera with me I was open to seeing the bird landing out of the corner of my eye. Who knows what I will see next time I'm driving around.

Short clip of vulture in motion
Posted by theresa martin at Saturday, December 06, 2008 3 comments: Links to this post 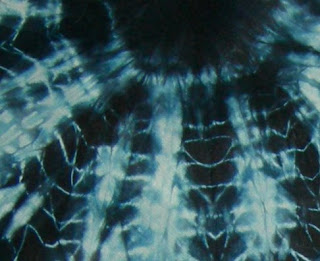 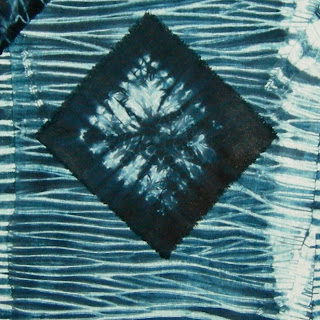 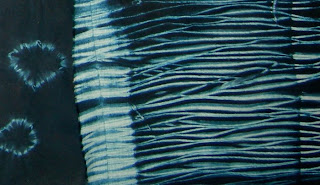 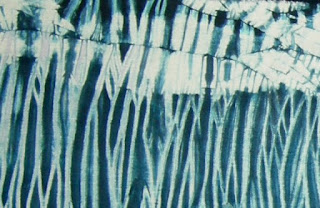 Here are some of the latest results in my Shibori dye experiments. All of the blue ones above came out nicely. The white bundle below was an attempt to get some circles by tying marbles into the cloth. I believe that I didn't tie them tightly enough because the dye bled through all the fabric. I'm learning. 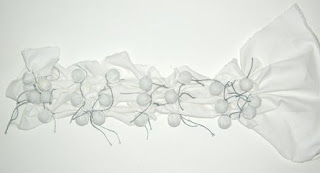 Posted by theresa martin at Tuesday, December 02, 2008 3 comments: Links to this post

Promote Your Page Too 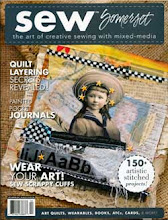 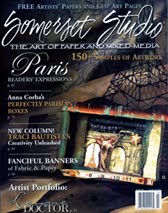 I don't mind images being pinned (in fact I like it). Please add a link to this blog in the comment section. Thanks!

The Zine The Pulse